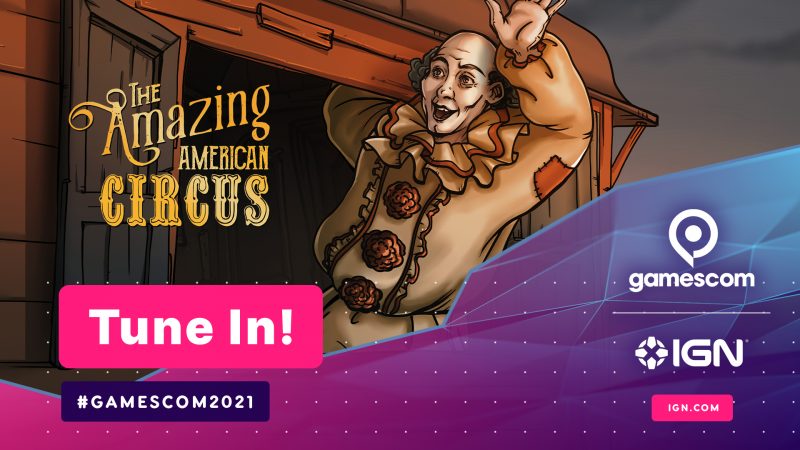 WARSAW, POLAND – September 10th, 2021 – The release of The Amazing American Circus is right around the corner (less than a week left). Therefore we would like to present to you the game’s recent successes.

First up was Gamescom (August 25-27). Through the official IGN selection, our Circus was among the featured games for the ‘Awesome Indies‘ presentation. On August 26th, the audience following the organizers’ channels could enjoy our Story Trailer and Gameplay Trailer there: https://www.ign.com/videos/the-amazing-american-circus-official-trailer

At the same time, our trailers were also posted by the official channels:

Moments later, we were amongst the games selected for PAX’s Steam page.

The editors of Nintendo Life were also fond of The Amazing American Circus. As they officially admitted the game is intriguing and they like the setting: https://www.nintendolife.com/news/2021/08/the_amazing_american_circus_is_a_quirky_deck-building_title_that_arrives_soon

No surprise, the game has seen significant wishlist growth on STEAM and is currently high on the ‘popular upcoming‘ list. During the fair alone, almost one and a half thousand wishlists were noted. We are now looking forward to the premiere to show off one of our major productions to the world.