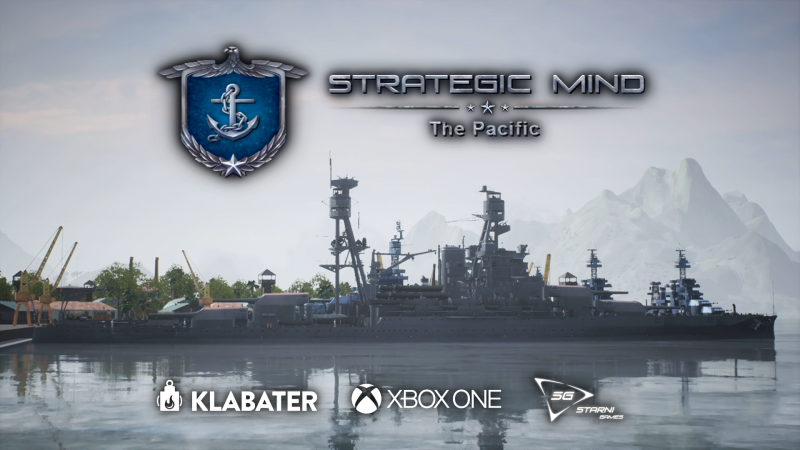 Warsaw, Poland | June 23th, 2022 – We are excited to announce that our WW2 turn-based strategy game Strategic Mind: The Pacific has just landed today!

Command the forces of the USA or Imperial Japan and fight for control of the Pacific in this anticipated Xbox port of the succesful Starni Games’ production. Start your campaign in the historically accurate turn-based 4X strategy game!

Beginning with the attack on Pearl Harbor, this militaristic strategy gives players a chance to experience this truly turbulent phase of World War II. In order to win, you’ll have to coordinate your naval, aerial, and amphibious troops to act as one flawless mechanism – a task only a true strategic mind can achieve! 🎖️ PLAY BOTH SIDES of the conflict and WITNESS HISTORY UNFOLD to gain a unique insight into the epochal events of the War in the Pacific: the USA defending both its global power and its ideals; and the Empire of Japan fighting for the right to take the future of our world into its hands.

🎖️ DECIDE which ships, submarines, and aircraft will constitute the bulk of your force and CHOOSE THE SKILLS your units specialize in as they become more experienced combatants throughout the campaign.

🎖️ A UNIQUE ATTACHMENT SYSTEM lets you customize your units with additional equipment to weave them perfectly into your overall strategy. 🎖️ INTRICATE COMBAT MECHANICS and DETAILED NAVAL BATTLES allow you to damage various ship systems. Target an enemy ship’s engine to stop it dead in the water, becoming easy prey for the rest of your flotilla.

🎖️ MODERN GRAPHICS COMBINED WITH HISTORICAL ACCURACY of all units models enable you to immerse yourself in battle like never before. GET YOUR GAME FROM THE MICROSOFT STORE