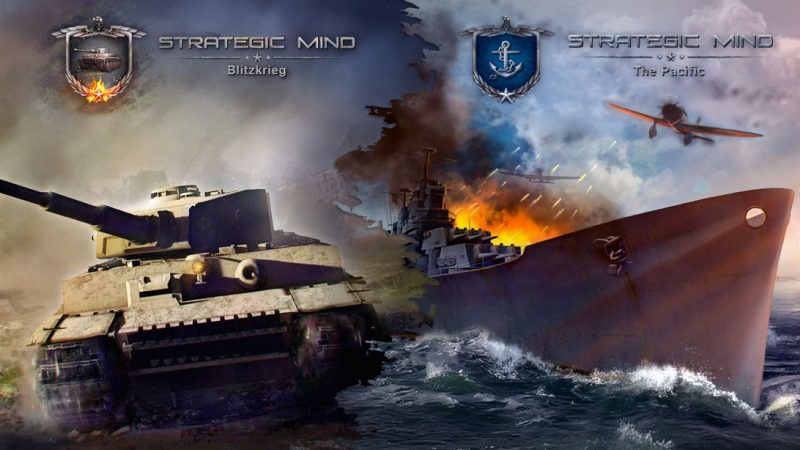 The release of the games is quite a treat for the fans of strategic wargames. Especially since the Sony consoles do not offer a wide catalog of such titles. Experience the acclaimed Strategic Mind series in full glory with two installments, Blitzkrieg and The Pacific, soon landing on PlayStation 4 & 5!

Strategic Mind: Blitzkrieg is a turn-based strategy set during the period of WW2. It brings a modern look and new features to the good old wargame genre. You will be leading the German Armed forces, overcoming unthinkable odds, and claiming the ultimate bittersweet victory in Europe. Blitzkrieg is the way!

Strategic Mind: The Pacific is a turn-based strategy set during the WW2 period, depicting the war between the USA and the Empire of Japan, waged in the Pacific Ocean, with mindblowing historical accuracy and attention to detail.

“Our goal was to reinvigorate the old-school wargames genre with innovative combat mechanics and storytelling. We did not want the player to just move his tank units back and forth and attack the “bad guys”. We wanted him to feel that he is a Chief of General staff who plans the operations, argues with superiors, and puts in place his subordinates. To that end, we have created over 70 minutes of in-game cinematics for each of our titles, as well as lots of in-game dialogues.” – says Oleksandr Sienin, the Lead Game Designer in Starni games, developer of the series.