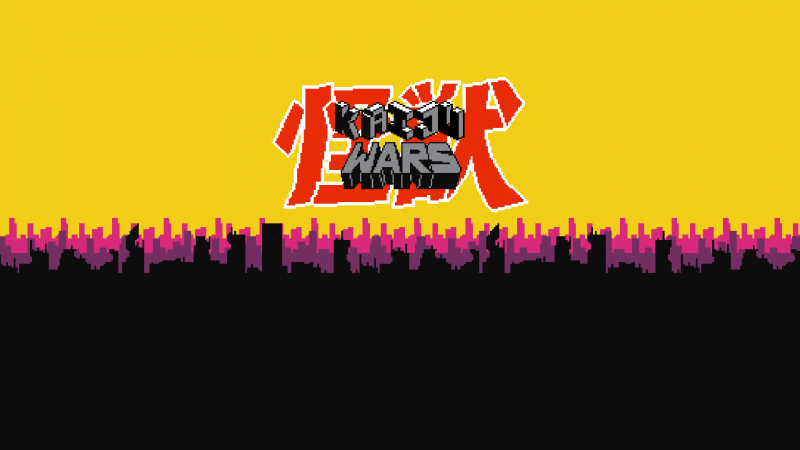 WARSAW, POLAND – SEPTEMBER 29th – Klabater and Foolish Mortals Games are pleased to confirm that the 2D pixel art turn-based strategy game, Kaiju Wars, will be released on Nintendo Switch, PlayStation, and Xbox in 2022.

Kaiju (“strange beast”) is a Japanese movie genre featuring giant beasts. The term kaiju refers to the behemoths usually depicted while attacking major cities and engaging the military in disastrous battles leaving cities in ruins. The 1954 film Godzilla is commonly regarded as the first kaiju movie.

Kaiju Wars developed by a talented Foolish Mortals Games team is a new take on the genre that blends stylish pixel art graphics with engaging turn-based tactical gameplay that will surely draw the attention of aficionados of games like Into the Breach.

Face a Kaiju infestation as the (hopelessly) outclassed military in this stylish 2D turn-based strategy game. Construct buildings and defend your city with cannon-fodder tanks, jets, and more as the devastating kaiju grow in power with every attack. Your chief scientist is working on an anti-monster serum, but it’s not ready yet! Be prepared to evacuate the laboratory using transport trucks, boats, or planes when the monster gets too close. Fight for time, fight for survival! ‘Kaiju Wars caught our attention right away. We love classic kaiju films and with this game, you can actually play through one of them!“- said Michal Gembicki, Joint-CEO at Klabater – „If you loved Into the Breach, Kaiju Wars is the one for you. Foolish Mortals Games team did an amazing job blending these classic movies feeling with engaging tactical combat and large-scale plot depicting the fall of last human cities.’