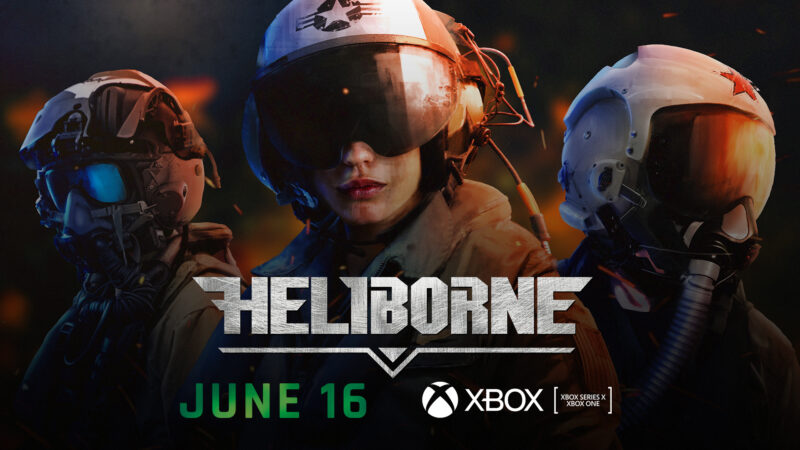 WARSAW – May 27, 2021 – Klabater is pleased to announce that Heliborne – an attack helicopters-based modern combat simulator – will be released on Xbox One and Xbox Series X on June 16 this year. The special edition of the game for Microsoft consoles will include all previously published add-ons with camouflages and other expansions available on the PC. The release price is 29.99 USD/€.

Heliborne made its debut on the Steam platform in October 2017. Klabater took over the development rights to the brand in 2019, and shortly thereafter – by releasing the Enhanced Edition – improved the visual quality of the original game and introduced significant improvements: helicopter prototypes, night versions of maps, a modernized engine. The object physics in the game have also been updated and the interface has been refreshed. All these improvements will be included in the Xbox edition, for which a specially created porting team is responsible. By the end of 2020, the game and its add-ons in the PC version had sold over 100,000 copies.

“Heliborne is a brand that helped Klabater kick-off. To this day, the game sells very well on the PC, remaining one of our best-selling titles, and so we have a unique fondness for it.” – says Michał Gembicki, Joint-CEO at Klabater. – “We took over the rights to this production from JetCat Games studio because we strongly believe in the development potential of the game’s universe. Helicopter fans are not overly spoiled when it comes to consoles, so I’m glad that they will be able to play Heliborne in the best version possible.”

Xbox One and Series X version of Heliborne:

Heliborne on Xbox One and Xbox Series X will be released on June 16. The release price is 29.99 USD/€.