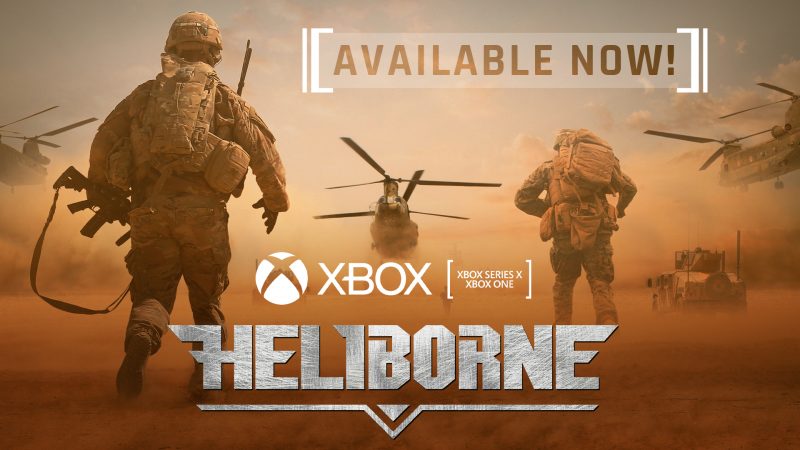 WARSAW, POLAND – June 16, 2021 – Klabater is pleased to confirm that Heliborne – a military helicopters-based modern combat simulator – is now available on Xbox One and Xbox Series X|S.

The special edition of Heliborne for Microsoft consoles will include all previously published add-ons with special military camos. The game offers realistic visual quality and introduces significant improvements: various helicopter models night versions of maps, a modernized network engine. The object physics in the game has also been updated and the interface has been refreshed. All these improvements will be included in the Xbox edition.

“Heliborne was one of our most succesful brands on PC. With all the PC improvements now being a part of Xbox edition, I hope that console fans interested in helicopters-based combat will appreciate Heliborne. “ – says Michał Gembicki, Joint-CEO at Klabater. Take on your opponents in faithfully recreated historical missions or compete in multiplayer mode against players from around the world. In Heliborne you’ll be able to fight alongside your friends in an exciting co-op mode. The game introduces the players to the thrilling world of propeller military aviation and allows them to experience sky-high battles, providing the players with machines from different eras (from the 1950s to the present day) and a wide range of maps and missions. Heliborne also offers a dynamic battlefield where the air forces support ground troops responsible for fortifying positions and creating supply lines.

Xbox One and Series X version of Heliborne:

Heliborne on Xbox One i Xbox Series X|S is ready to buy at price of 29,99 USD/EUR.