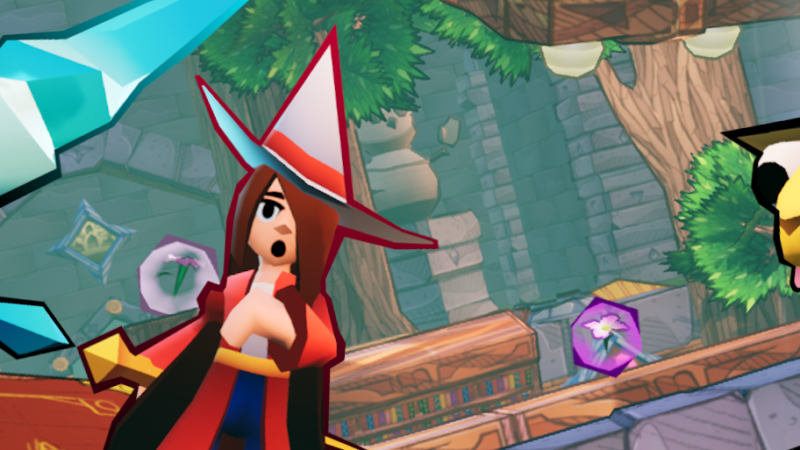 WARSAW, POLAND – March 5th, 2021 – On February 9th, Klabater agreed with an American company Big Heart LLC, on releasing and distribution of the game Castle on the Coast, as well as on porting the game to Nintendo Switch, Xbox One, Xbox Series X, PlayStation 4, PlayStation 5.

Castle on the Coast is a charming collectathon platformer with the main hero as George, the Giraffe. He is parkouring through a magical world full of crystal caverns, stone-laden halls, and trippy alternate dimensions, trying to bring together a family of two powerful, conflicted wizards. In the co-op mode, he can use help from his squirrel friend called Swirlz.

George is not some random giraffe. He’s the official mascot of pediatric Valley Children’s Hospital in California. Daily, he helps children from the hospital in their recovery. Previously, his image was used in a series of illustrated books. Now, thanks to the cooperation between Valley Children’s and the developer Big Heart Production, the best-loved giraffe will debut in a video game.

Castle on the Coast will draw fans of games such as Yoka Lalee, Croc, Spyro, Crash Bandicoot, or Ape Escape. It will be an excellent entertainment for families. Thanks to cooperation mode, children will have an option to enjoy George’s adventures, playing together with their friends or their sitters. Various game mechanics will allow them for exciting exploration by wall-running, gravity-free jumping in the alternate dimensions, ball speed rolling, or flying with a jet-pack. Besides all the fun, Castle on the Coast offers a more serious, moral angle. It will touch upon dealing with loss, conflict, and loving your enemies.

Join the Castle on the Coast dedicated community Discord server or follow the special channel on Klabater’s server:

Castle on the coast: https://discord.gg/JhCFQeGttu