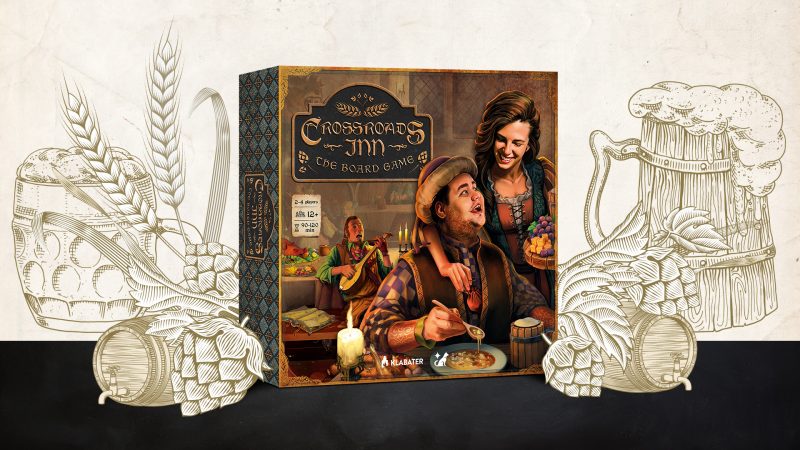 WARSAW – October 28, 2021 – Klabater SA has started collecting funds on the Gamefound website for the board edition of their flagship title, Crossroads Inn. The board adaptation of the best-selling Klabater production known so far from PC and consoles will allow 2-4 players to compete for the title of the best innkeeper in the kingdom of Yorevale!

Check out the details of the campaign on the Gamefound website. The goal of the fundraising is EUR 20,000, which will be entirely used to finance the production and distribution of the game. We have prepared for all visitors a free, digitally available, beautifully illustrated cookbook in the style of Crossroads Inn. The book contains 12 special recipes from the world of the game. In addition, everyone supporting our fundraiser campaign will be able to test the board game in advance by playing its digital edition available through the Tabletop Simulator application on Steam!

What’s more, Klabater has a special offer for those who decide to support the game within the first 48 hours of the campaign – a specially designed First Player Marker in the form of a 3D printed figurine representing Martyn Brevet – the legendary innkeeper from Yorevale known from the PC and console versions of the game!

Why is it worth backing the game now?

The hard life of an innkeeper, or a tavern, bastards, and a race for power!

Crossroads Inn: The Board Game is a strategic and economic board game that, like its digital original, will allow players to manage the development of their inn. The game takes place in the kingdom of Yorevale, where – absolutely accidentally – monarchs keep dying, and their illegitimate children have to compete with each other for influence and power. Players will take on the roles of royal bastards and try to take over the crown. To avoid a bloody civil war, a deal is made, and an honorable bet is born: whoever builds the best inn will become not only the “king” of local gastronomy but also the king of all of Yorevale!

“We have put a lot of effort to make this campaign worth fans’ time and money. We have decided to raise funds on the Gamefound platform because that’s where board game fans are and we want to reach them directly. We now have more than 1500 followers so we hope to have a decent launch of our campaign. – says Michał Gembicki, Joint-CEO at Klabater.